We like to be right. Our rigidity in our perspective varies from person to person, but we’re all attached to it in some way or another.

I used to fiercely believe in the fact that I was not a morning person. I very much believed that I needed to hit snooze five times. Or more. I also believed that I needed coffee before I could speak to anyone; I have witnesses that can attest to this. I couldn’t possibly even entertain the idea of productive work in the earlier hours, much less physical exertion.

And, I was right.

There are parts of ourselves that we know we can improve upon, but most of us ignore them, or chalk them up to “who we are”. Status quo doesn’t require any work, of course.

As my interest in self-development has progressed and I have explored a bit further, I have had to take inventory of my habits and my patterns.

Somewhere along the way, a shift began. This has not been an instantaneous change, and I couldn’t pinpoint the exact moment it started; it has been an increase in awareness that has developed over time and is still developing.

At first, I tried – and failed – to change everything at once. What you inherently identify with, characteristics that you have owned for months and years, are not easily challenged.

Less than a year ago, if you had told me that I would be the type of person who was getting up and getting a work out in (a barbell workout, no less) BEFORE 6am, BEFORE having a sip of coffee, I would have laughed. Hard. I also never believed that I could find the time to get two or three workouts in a week, so I didn’t even try.

However, for the last three months of this year, I am focusing solely on my health and wellness. I joined a gym that offers a range of classes, a few being 5am classes; that means I have to be out of bed at 4:20am to make class. And I have done so multiple times. I’m committed to showing up, and it’s becoming a habit.

Here’s what changed: I believe I can. I believe strongly that I can. I broke down the self-imposed limitation that I built up about myself.

This is not about fitness or motivation to exercise or even about getting up in the morning.

This is about what we identify with, and how we create our reality. It’s about being right, but also about aligning ourselves with the things we want to be right about.

For years, I was a smoker. Until I wasn’t. For years, I believed that I couldn’t get through a social evening or event without drinking alcohol. Until I could.

If you identify with those things, you are right. If you don’t, you are also right.

I’m a blogger; even after I started this blog I didn’t identify with that title, however after week upon week of commitment that is now habit, I do. It doesn’t matter what stage I am in, whether I have an audience or not. I believe I am a blogger and therefore I do things that bloggers identify with doing.

Other people don’t get a say in what we are or aren’t, what we do or don’t do. They don’t get to play that role in your life unless you allow it, unless you accept that they are right.

I’ve written about the stories that we tell ourselves; that we are this, we are that, we do or don’t do this because of that and the other thing. We believe we are inherently right in our beliefs. We have become attached to them; they were given to us years ago, they were never our beliefs to begin with, but we took them on because someone whom we viewed as admirable, more influential, more intelligent, more authoritative than we were at the time passed them along and asked us to pack them up and carry them. We believe that they have become pieces of who we are. 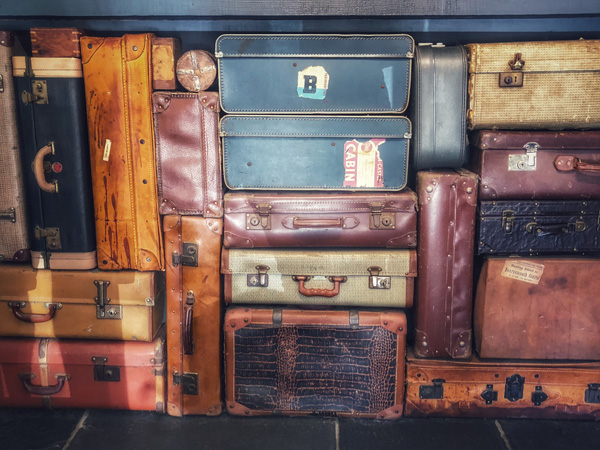 The problem with many of the beliefs we have picked up along the way is that they are not beneficial to us. They are not positive, productive, aspirational, or particularly enjoyable.

Who we inherently believe we are, the identifiers we use to define ourselves, is built upon years and years of habit, of thinking in ways that support those beliefs. They have become ours, we have groomed them, we value them, and we identify with them.

You can continue to allow these beliefs to hold value. You can believe that they are what make you who you are.